QnE Desktop Companion is an excellent package that you owe it to yourself to try!

We’re kicking out affiliates who use fake review sites!

Subscribe to the RSS feed or visit the forums for the latest versions and announcements.

Bundle the BootIt® Collection and the Drive Image Suite for Big Savings!

From fast reliable disk imaging to managing partitions to configuring multi-boot systems, plus powerful scripting support, the TeraByte bundle provides all the tools you need at a great price.  You can’t beat it! 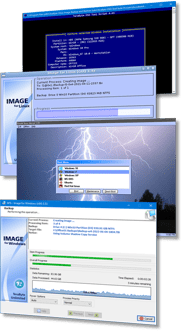 Included in the bundle are the following TeraByte products:

Providing disk imaging for all types of users, from its super-easy “Simple Operations” mode to its powerful command-line support and anywhere in between, the award winning Image for Windows has your system covered. Add to that, boot media that’s a snap to create using TBWinPE/RE Builder and MakeDisk and recovering your system (or creating cold backups) is a painless operation!

Create and restore backups, manage partitions (GUI version), run scripts and much more from the live Linux environment of Image for Linux. Featuring a compact desktop and shortcut bar (GUI version) or menu driven interface (CUI version), outstanding hardware support, and a mature and stable environment, Image for Linux is a heavyweight contender in the world of disk imaging.

Image for DOS may run in a DOS environment, but it’s no slouch! With full-featured imaging capabilities (in both CUI and GUI versions), a super-fast boot-up, and support for systems of all ages, Image for DOS has proven itself time and again.

Want to install another operating system? Not a problem. As a leader in multi-boot software, TeraByte’s Boot Manager offers you unequaled control of your system (both BIOS and UEFI booting).

TeraByte OS Deployment Tool Suite Pro puts the power of the TBScript™ engine at your service — deploy images, inject drivers, fix booting issues, copy physical to virtual, and more with the included scripts. You can also create custom scripts to handle all kinds of tasks, from simple one-liners to complex operations.

Take a look at the great scripts included:

In addition to the scripts included with the Professional version, the following scripts are included or provide additional features: